Deprecated: __autoload() is deprecated, use spl_autoload_register() instead in /home/vividd5/public_html/vividdreamsalive.com/wp-includes/compat.php on line 502
 Running Out of Gas – Vivid Dreams, LLC
Skip to content 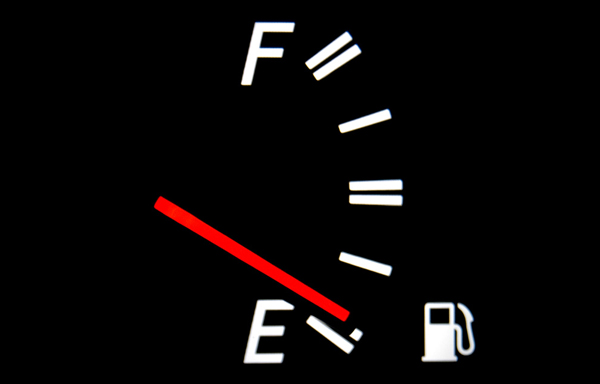 “I was driving my car and looked down as my dashboard suddenly beeped at me.  Looking toward the noise I saw my gas light hit empty.  But something was different about this gas light.  It was on the right side instead of the left, and it was also alerting me to the fact that something was wrong with my engine.  Panicked, I drove my car to the side of the road and stopped it.  I was stuck.”

The interesting thing about this dream is the combination of both the gas and engine lights.  It looks like the fuel gauge is alerting to an engine problem, as it is placed on the right.  Yet, it is supposed to be monitoring the level of gas.

The combination of both the gas gauge and engine light is significant because it indicates that the dreamer feels a lack of BOTH energy and resources.  A person needs energy in order to travel forward in her life.  But, it’s also important to have all of the “parts” that make the engine work.  If a part is missing or broken, then the gas can’t make the engine run.

Energy and resources go hand-in-hand, because if one lacks energy, then one doesn’t take the needed steps to gather resources.  And conversely, if one doesn’t have resources, then large amounts of energy must be expended to gather them.

This dream displays an intense crisis of immobility in the dreamer’s life.

The gas light in this dream therefore indicates exhaustion … feeling drained.  Just as the car is stopped and unable to travel, the dream indicates frustration with the inability to progress in the dreamer’s life.

Travel within Your Own Subconscious

Do you ever feel that you are running on empty?  If you have a dream that is similar in nature to this one, then your mind is alerting you to the need to make some changes in the way that you are approaching life.  Here are some recommendations on ways to travel through your own subconscious, and to recharge your inner battery.

This dreamer followed this basic process to work through her personal crisis.  As she began meditating and paying attention to her mind’s guidance, she found direction that helped her to become “unstuck”.

“I realized that I wasn’t taking the right steps to get to my life’s goal.  I was spending too much energy on things that were not important or were irrelevant.  When I started putting my energy into the biggest and most important things, then I started to move again.”

“Another realization was that I was very afraid of some things in my life.  After working with the dream I was guided to take some big personal risks, which I had been avoiding because I was afraid of failure.  But when I finally took those leaps, I was filled with energy again.  And, doors started opening up to me that I didn’t know were even possible before.  It was amazing!”

These guided meditations are some of the best, and you can listen to them for free.  They are simple and powerful.

Take a look at what the dream symbol of an automobile means: