Deprecated: __autoload() is deprecated, use spl_autoload_register() instead in /home/vividd5/public_html/vividdreamsalive.com/wp-includes/compat.php on line 502
 Help, I’m Stuck! – Vivid Dreams, LLC
Skip to content 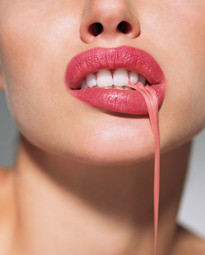 I’m having a conversation with my mother. As we chat I begin to struggle to enunciate my words. I keep speaking, but it gets harder. I reach my fingers behind my teeth and stretch, and then look down to a line of pink bubblegum stuck between my lips and my fingers. Surprised by its presence, I remove the gum and resume chatting. But, once again, my words become sticky. Reaching up I yank with both hands on what now looks like newly-made taffy. Afraid that I may choke, I hook my fingers back into my throat and scoop out a clump, clearing my air passage.

I look up to my mom’s eyes staring at me, and suddenly feel shameful. I try to hide the gum and look nonchalant. But in my shame, my throat instantly fills up with even more of it. Gagging, I no longer care about how I look but instead frantically tear at it for my life. Repeatedly I yank, making a large pile of pink gum on the table in front of us. After gasping for air, I wonder how I’ll ever get this substance out of my throat. And then I wake up.

This was the first of a series of recurring dreams that I had over the period of a few years. Sometimes I was in a different place or with other people, but the basic theme was always the same. The symbolism of this dream is obvious to me now. I felt caught in my life, and no matter how hard I tried I couldn’t make myself unstuck. Recurrent dreams are said to be a manifestation of just that idea, being stuck. We are blocked, constantly trying to achieve something, or attempting to escape from an aggressor. But, we just can’t seem to succeed.

Most who study dreams agree that recurrent dreams are the unconscious mind’s way of alerting the conscious mind that something is wrong. “These dreams deal, quite obviously, with emotional problems that have overwhelmed the person. They are about emotional events that people cannot … ‘master’.” (Domhoff, 1996) These dreams will repeat until the dreamer can resolve the mind’s conflict.

Often, recurring dreams are a result of a traumatic experience that hasn’t yet been healed. As Linda Yael Schiller puts it, “These get recycled over and over again … This is the ‘stuck’ nature of traumatic stress.” (2012)

Recurrent dreams most often begin in childhood after a life threat. (Barrett, 1996, pp. 9-15) One woman began dreaming that she was lost, panicked, and unable to find her way back home shortly after she was abused as a child. The abuse clearly took away her sense of personal safety, thus her home. Her mind then started searching to find the security that was lost. Looking for home is a common dream among childhood abuse victims.

Researchers are studying the impact that trauma has on dreams. A recent study found that when Tasmanian college students were shown September 11th footage, for the next three days of the study the content of their dreams contained an increase in frightening themes such as being chased, attacked or injured.  (Davidson & Lynch, 2012)

What can a person do to cure panic attacks associated with a recurring nightmare? There are different kinds of methods that help. The first step in most kinds of dreamwork is journaling.  I wrote about my bubblegum dream. And as I wrote, I began to realize that I believed that I couldn’t communicate my true feelings without being judged by others. My voice was not being uttered; my inner voice that is. It was instead, being blocked by shame. Hence, the symbol of the bubblegum stuck inside of my mouth.

When deciphering a dream, take note of repeated objects or people. These are symbols that need to be decoded. While dream dictionaries can be helpful, they can also be misleading. It’s very important to look at symbols within the dream’s context. Had I been skipping on a sidewalk blowing bubbles with my gum in my dream, the gum would have had an entirely different meaning. The emotions that we feel in our dreams are keys to understanding the symbols.

Fritz Perls, the founder of Gestalt Therapy, was a master at helping people to discover what dreams mean. He would often direct people to “be” the objects in their dreams and then make them talk as if they were human. If someone had a flying dream, for instance, he might have guided the person to say the thoughts that his arms were thinking as they soared through the air. This type of exploration often brings greater awareness of complex inner feelings.

After decoding the dream, then the dreamer can take steps toward making the needed changes in her life. When I realized that my dream meant that I wasn’t voicing my truth, I then began expressing my thoughts to those who I was afraid may judge me.

One therapeutic approach that helps to resolve recurrent dreams is Schiller’s Guided Active Imagination Approach* (GAIA*). With this approach, the licensed therapist helps the dreamer to go into his dream and face the fear in a step-by-step process. When he feels ready, the dreamer uses his imagination to interact with the dream’s characters. One man suffered from a recurring nightmare since his childhood that displayed a dark room at the top of his staircase containing an evil, hidden entity. After he was guided up the stairs and helped by his therapist to face the evil being, the dream ceased (Schiller, 2012).

Recurrent dreamers have been found to exhibit higher levels of anxiety and depression. However, when tested after their dreams ceased to occur, they were found to score even higher than non-recurrent dreamers on tests for well-being. (Barrett, 1996, pp. 240) This is hopeful, because the research suggests that our minds grow after learning to solve our inner dilemmas. We can, in a very real way, unstick ourselves from fear’s menacing grasp.